Guess what events have been highlighted by the Royal College of Psychiatrists (RCPsych) in its publicity (sent to me by circular email) for its International Congress this year. Remember this conference is for psychiatrists and what their interests are. The top three are:-

(1) Neurostimulation: Current evidence for the management of depression. The evidence base for transcranial magnetic stimulation (rTMS) (see previous post), transcranial direct current stimulation (tDCS) and deep brain stimulation (DBS) will be described. rTMS uses a magnet to stimulate the brain, tDCS passes electrical current through two electrodes placed over the head, and in DBS a pair of electrodes is implanted in the brain and controlled by a generator placed in the chest. The idea seems to be that stimulation of the brain, however crude, will stop it causing depression. And, there's no need to cause an epileptic fit, as with ECT. Exciting stuff apparently!

(2) Disorders at the interface of neurology and psychiatry. A day course on neuropsychiatry - this must be proper medical psychiatry. Better learn about new disorders such as autoimmune encephalitis and c9orf72 gene mutation, in case they are relevant to mainstream psychiatry. Huntington's Disease features in a session and is probably only regarded historically as a psychiatric disorder, rather than neurological disorder, because some of these people ended up in asylums. I'm not quite sure why factitious disorder features so prominently in another session, as I would have thought whether symptoms are functional or feigned is a psychiatric rather than neurological problem. As I said in a previous post, "Psychiatry, unlike neurology, is not based on treating a physical lesion". Trouble is psychiatrists are attracted to neuropsychiatry because they want to believe there's no difference between neurological and psychiatric disorders. That's a specialist way of avoiding having to deal with mainstream psychiatric problems, and apparently popular and far more interesting.

(3) Immune pathogenesis of psychosis. Surely there's no evidence that schizophrenia is an immunological disorder. This sessions sets out to suggest otherwise. The MRC has even funded the PiPP study to look at the prevalence of neuronal cell surface antibodies in patients with psychotic illness. There is even a hypothesis that cytokine-mediated events are the key pathogenic event in schizophrenia. Immune based treatment studies are considered a realistic option. I suppose it's fun that such speculations are followed up, and it keeps researchers in a job. I guess they just shrug off their disillusion when they don't make progress.

Academic psychiatry seems to have been well and truly remedicalised, in the sense that it focuses on what it thinks is the expertise of psychiatrists as medical doctors. I find it sad that psychiatry has so narrowed itself to a physicalist perspective and now presents this as an exciting advance.

Critical psychiatry doesn't get any space in RCPsych congresses. In fact, submitted proposals have been turned down. It's a shame that mainstream psychiatry can't be more broadminded.
Posted by DBDouble at 1:40 pm 2 comments:

The future of psychiatry depends on not being reductionist 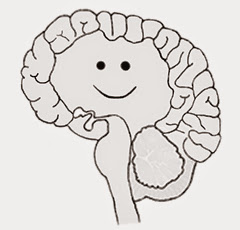 I wanted to follow up the comment on my previous post by Allan Seltzer. As he says, "Mind cannot be reduced to brain". To be clear, mind is enabled but not reducible to brain. Psychiatry hasn't always been as clear about this as it should have been. In fact, it has always hankered after a simple reductionist solution to the issue of mental illness. It tends to think the problem must be a brain disorder, but this is an illusion. We're surprised when this is pointed out and it seems to leave us with too complex a clinical situation to manage. So we naturally shy away from it.

Is it realistic to think that psychiatry's future may be non-reductionistic? Probably not! Psychiatry hasn't changed much since its modern inception with the introduction of the successful anatomoclinical way of viewing disease. It's understandable that mental illness has been expected to follow the path of physical illness, which is seen as being caused by bodily pathology. The trouble is that it doesn't. I agree with Allan that psychiatry should become non-reductionistic. But there are too many entrenched interests to be overcome, not least that much of research is based on hoping for the physical clue to mental illness. People will continue to wish for a simple, quick, cheap, painless and complete cure for their mental health problems. It's easier if the solution's in the brain.
Posted by DBDouble at 8:47 pm 2 comments:

It may seem surprising, but modern psychiatry is based on the myth of biochemical imbalance in the brain causing mental illness. Some psychiatrists may protest that their perspective is broader than this. Of course they take into account the personal views of patients and the situation in which patients find themselves. But, in the end, psychiatrists have a belief that what has caused patients' mental health problems are brain abnormalities. That's why medication is needed to correct these abnormalities.

I was struck by a comment made to me by Anne Cooke, who edited the British Psychological Society's recent report on psychosis (see previous post). When doing the rounds of media interviews to promote the report, she said that what journalists found surprising was that she was saying that psychosis may not be a brain condition. Our cultural perspective has become so imbued with this notion that to challenge it seems out of order. But, it does need to be challenged. It's wrong! What's of concern is that modern psychiatry is based on this myth.
Posted by DBDouble at 9:54 am 3 comments: