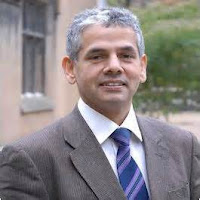 I've said before (eg. see previous post) that psychiatry needs to be more thoroughgoing in adopting a sociopsychobiological model of mental illness. In the last chapter of my Critical psychiatry book, I showed that Julian Leff, who represented social psychiatry for a previous generation, still upheld the biomedical model (see extract). It seems the present generation of social psychiatrists are no different.
Posted by DBDouble at 8:43 pm 1 comment:

Problem with the term 'mental illness'? 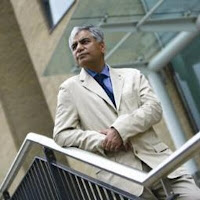 As I have said before (eg. see previous post), I don't have a problem with the term 'mental illness'. In a recent comment in The Lancet Psychiatry, Dinesh Bhugra et al make a case for what they call reclaiming the term. They suggest that psychiatrists have given up using the concept. Part of their argument is that "A large number of psychiatric disorders ... are ... socially elaborated states of pathology or disease, with neurophysiological or chemical alterations in brain or body functions". But are they brain dysfunctions? No evidence is offered to support this conjecture and, as I keep saying in this blog, such a belief is mere conjecture.

Actually, perhaps I do have a problem with the term 'mental illness' if this is what it is supposed to imply, although I don't think it necessarily does. Better to stick to terms that Dinesh et al tend not to like, such as 'mental health problems', which don't have this ideological implication.

I think Dinesh et al are right that mental illness does imply a major or more serious rather than minor mental health problem. Before the 2007 revision, the Mental Health Act (MHA) used the term 'mental illness', although it was never defined. This has now been replaced by the more generic term 'mental disorder'. In principle, people should only be detained under the MHA for mental health problems of a nature or degree that warrant this intervention and psychiatrists would have generally understood the term mental illness to mean functional psychosis. And, as I've said several times before (eg. see previous post), there may be potential advantages in seeing mental health problems as illness as it integrates the medical perspective. Illness can be mental and not purely physical. The problem with Dinesh at al's view is that they may appear to regard mental illness as physical in origin.
Posted by DBDouble at 1:12 pm 8 comments:

Tsou (2016) makes a case for natural kinds of mental disorders. This seems to be dependent on his claim that there is "good evidence that the symptoms of schizophrenia are underwritten by stable neurobiological mechanisms". By this he means the dopamine theory of schizophrenia. Similarly he says "multiple lines of research indicate that the core signs of depression are underwritten by stable neurobiological mechanisms". Again, by this he means the monoamine hypothesis of depression. I guess if the dopamine and monoamine hypotheses are incorrect, his whole argument fails.

Tsou wishfully hopes that "mental disorders should be classified at a level of generality such that the characteristic signs of disorders are associated with stable biological mechanisms". His lack of clinical and scientific experience does not provide a sound basis for his philosophical theorising. Psychiatric diagnosis is inevitably purely descriptive. Considering the motivation for the revision of DSM-5 (see eg. previous post), information about the biological causes of mental disorders would have been incorporated if there is any, which there isn't.
Posted by DBDouble at 2:58 pm 7 comments: 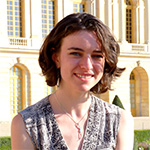 I don't understand why the Royal College of Psychiatrists is only reviewing its teaching of neuroscience and not its whole training. I guess it's easier to get funding just to look at neuroscience. Simon Wessely denies that this initiative reflects a biomedical bias but it would be nice to see a more balanced response from the College to improve training. I've said before we need to train open-minded psychiatrists (eg. see previous post). We need to return to modern psychiatry's educational roots in Adolf Meyer and Aubrey Lewis.
Posted by DBDouble at 8:54 pm 8 comments: 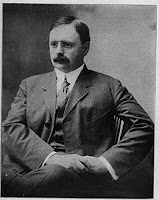