I've posted verbatim a copy of the talk I gave recently to the Council for Psychoanalysis and Jungian Analysis, a college of the UK Council for Psychotherapy (see powerpoint slides). Part of the aim of the talk was to challenge the rhetoric about Improving Access to Psychological Therapies (IAPT), particularly from its two main protagonists, David Clark and Richard Layard (as I have done in previous posts, eg. Wider measures of IAPT outcomes needed). Saying that IAPT is a 'marvellous treatment' has to stop. Unrealistic claims about the effectiveness of psychotherapy are a 'perversion of care', to use Rosemary Rizq’s phrase (see previous post).

Critical psychiatry and psychotherapy need to work together to change the dominant technological paradigm in modern mental health services (see previous post). This technological paradigm includes psychological therapy if it is applied in a mechanistic way. As in the position statement from the Division of Clinical Psychology of the British Psychological Society, we need to give up the disease model of mental disorder (see another previous post).
Posted by DBDouble at 8:24 pm 3 comments: 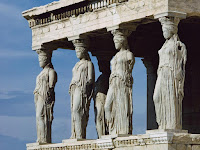 Critical psychiatry needs to make more of these and other links with the past. Its conceptual understanding is integral to the history of psychiatry.
Posted by DBDouble at 9:21 pm No comments:

Institutional racism and reform of the Mental Health Act

The current review of the Mental Health Act (see previous post) needs to take account of the recently published book Institutional racism in psychiatry and clinical psychology: Race matters in mental health by Suman Fernando. Part of the concern leading to the review is that "People from black and minority ethnic populations are disproportionately affected [by the Mental Health Act], with black people in particular being almost 4 times more likely than white people to be detained" (see news story). The purpose of the review is to understand the cause of this and other issues (see terms of reference). I think it is also important that the government deals with the issue of racism in society in general and not does not deflect it just onto mental health.

Table 5.1 in Suman's book summarises racial inequalities in the UK as far as mental health services are concerned:-

The marginality and social exclusion experienced by minority ethnic groups are likely to be significant factors in this imbalance. Black compared to white patients are diagnosed more frequently as schizophrenic by both black and white clinicians - although to a lesser extent by the former - even when clear-cut diagnostic criteria are presented (Loring & Powell, 1988). African American men receive higher doses of antipsychotic medication than white and are more likely to be described as hostile and violent (Metzl, 2010). It's difficult to think the stereotype of "Big, black and dangerous" is not a factor in disproportionate detention under the Mental Health Act (see blog by Nuwan Dissanayaka).

Racism within psychiatry needs to be addressed (Sashidharan, 2001). There is of course a history of attempting to deal with these problems, which the current review cannot ignore, particularly the report Inside Outside. People who use mental health services should expect services to be non-discriminatory. What we need is a national approach aimed at reducing and eliminating ethnic inequalities in mental health service user experience and outcome, and this includes treatment under the Mental Health Act.
Posted by DBDouble at 6:31 pm No comments:

I have mentioned Carmine Pariante in a previous post. Yesterday I went to a talk he gave in the Cambridge Department of Psychiatry on 'Depression and inflammation in the 21st century'. He has reflected in a recent article on his 20 years research in this field.

It does seem a bit nonsensical to talk about depression as an inflammatory disorder, like rheumatoid arthritis. For a start, any apparent increases in proinflammatory cytokines are generally not of the same order as in autoimmune or inflammatory diseases. I'm not saying that an array of inflammatory mediators have not been found to be higher in depressed patients, although this association can at least be reduced by eliminating confounders (O'Connor et al, 2009). Increased inflammation is also associated with psychosocial stress suggesting that any association is likely to be nonspecific rather than specific in the causality of depression.
Posted by DBDouble at 12:02 pm No comments: 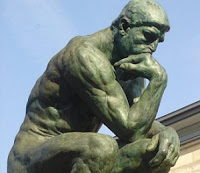 Google books has made freely available the chapter 'Reflections on critical psychiatry' by Pat Bracken and Phil Thomas in the new book Routledge international handbook of critical mental health, edited by Bruce Cohen. As Richard Hassall says (see tweet), it provides a "useful summary of the critical psychiatry stance".