John Breeding is concerned about the legacy of Thomas Szasz in his article in SAGE open. He rightly emphasises Szasz's focus on "greater autonomy and higher levels of personal responsibility". As John Breeding points out, Szasz never really wanted to be a doctor. Instead he trained to be a psychoanalyst. Szasz practiced autonomous psychotherapy, although he didn't like the term 'therapy'. I understand how John Breeding as a counsellor sees that he can 'practice Szasz'.

That's fine for patients who have mental capacity. People decide to undertake psychotherapy and counselling. However, people who are psychotic may not make the most rational of decisions because of their mental illness. Society might have a role to intervene and psychiatrists manage madness on behalf of society. Psychotherapists and counsellors don't need to undertake these murky responsibilities.

Hence, using quotes from the article, Tom Szasz thought that, "A person should be deprived of liberty only if proved guilty of breaking the law". To reiterate, he said, "if the 'patient' is not a criminal, then he or she has a right to liberty; and if the patient is a criminal, then he or she ought to be restrained and punished by the criminal law, like anyone else". Essentially, Szasz didn't think society should have mental health legislation.

I suppose it could be said I'm only defending my role as a psychiatrist, but I don't agree with Szasz on this point (see previous post). He was also pretty scathing about the Critical Psychiatry Network of which I'm a founding member (see another previous post). I'm sure I could learn to be clearer in expressing my views, like him, although I do accept uncertainty and perspectives may not always be as black and white as he often argued. However, his critique of the biological basis of mental illness will survive.

(With thanks to Around the Web item on Mad in America)
Posted by DBDouble at 6:57 pm 4 comments: 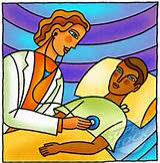 However, my article also suggested that the proposal to abandon psychiatric diagnosis is potentially misleading. Joseph Hayes and Vaughan Bell (@vaughanbell) in their comment in response to Mary and Lucy point out that formulation and diagnosis are complementary. I worry though about their inability to see the difference between functional and organic mental disorders (eg. see previous post). I do think that DSM has been so overtaken by biomedical assumptions that it should be abandoned (eg. see another previous post). But, as I said in response to Peter Kinderman's new book (see post), psychiatric diagnosis needs to be recognised for what it is. Peter essentially agrees with Mary and Lucy. The process of psychiatric assessment is primarily psychosocial not biomedical.
Posted by DBDouble at 8:12 pm 3 comments: 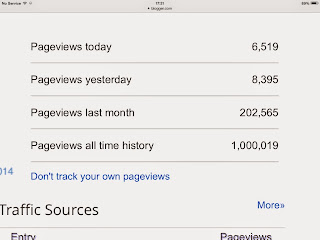 According to Blogger statistics, this blog has now had more than one million pageviews. Is this correct? And why is this post on the recovery model the most popular, with getting on for a quarter of a million pageviews?
Posted by DBDouble at 5:30 pm No comments:

"Something is wrong with my mood"

On the same day, Anne Cooke tweeted to remind us of the BPS document Understanding bipolar disorder. I also received an email from the National Institute for Health and Care Excellence (NICE) with the publication details of the update for the Bipolar disorder clinical guideline (see full guideline).

Bipolar UK changed its name from the Manic Depression Fellowship in 2011. I wish it hadn't. Since the term manic-depression was changed to bipolar in DSM-III in 1980, the concept has become so broad that its validity must be in question (eg. see previous post). Some may want to question the validity of any psychiatric diagnosis (eg. see another previous post). However, I think there is some meaning in the original concept of manic-depression, which goes back to Emil Kraepelin. This condition was recognised previously, for example, by Falret in 1851 as la folie circulaire. Mania was a psychotic diagnosis and its lesser form, hypomania, was seen as an indication that a person could be on the verge of developing a full-blown mania. The change to bipolar has allowed the inclusion of non-psychotic presentations. In particular, bipolar II only requires episodes of hypomania. Asking people with depression whether they have had episodes of being 'high' may uncover non-clinical such episodes and may not be a very rigorous way of deciding whether someone has had true hypomania. Such people may well not have been psychotic.

Furthermore, recognising the continuity with normal mood variation has encouraged a 'softer' version of bipolar spectrum. Almost anyone with a history of mood swings or instability can be seen as being on the spectrum. It may be important to note that NICE emphasises that, "The clinical utility of these proposed ['softer'] diagnoses has yet to be established and there is currently no indication whether treatment is necessary or effective". We shouldn't be using mood stabilisers for bipolar spectrum.

After all, the development of mood stabilising medication must have been a factor in promoting the bipolar concept (see previous post). We may well look for simple solutions to our emotional problems. To quote from Goodwin & Malhi (2007), "Put simply, the term mood stabilizer sounds comforting and may reflect our fond and perhaps somewhat naive hopes." Mental tranquility may sound attractive when feeling volatile.

Strong feelings derive from one's circumstances. Abnormal emotional states are likely to arise from the difficult situations we find ourselves in. 'Peace of mind' may not always be that easy to find.
Posted by DBDouble at 11:01 pm No comments: