What should alternative to biomedical model be called? 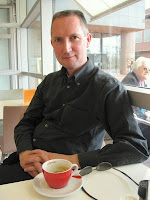 Tim Thornton has posted a chapter on his In the Space of Reasons blog entitled "The recovery model, values and narrative understanding ". He points to the confusion about the meaning of recovery, and even more so about what a recovery model might be.

As I wrote in my paper "Redressing the chemical imbalance", the concept of recovery is inherently critical of the biomedical model, and Tim Thornton seems to agree with me. I think the problem is its acceptance into official policy and nullification of its impact by interpretation within the biomedical context.

The use of the term 'recovery model' is unlikely to help fully define an alternative psychosocial paradigm. Nor, despite its merits, do I think the notion of 'narrative' will either. I've always said that the origin of the psychosocial approach was with Ernst von Feuchtersleben's The principles of medical psychology, first published in german in 1845 (see my article).

An optimisitic moralism, such as an emphasis on recovery, has always had its moments, perhaps particularly identified in the progressive outlook before the First World war. This can be contrasted with the materialism of an emphasis on structural pathology, producing a therapeutic pessimism, minimising the potential of people to change. It is important to give people hope in mental health services. This strand is one of the sources for a psychosocial alternative to the biomedical model, but I think it's unlikely to define the whole paradigm.
Posted by DBDouble at 11:03 am 1 comment:

Has the concept of bipolar spectrum been broadened too far?

Catherine Zeta-Jones booked herself into a clinic for 5 days for treatment of her bipolar II disorder (see Guardian story). I don't want to underestimate the emotional impact of dealing with her husband's throat cancer. She has been praised for raising the profile of mental health issues.

One issue that might be worth commenting on further is the way in which the concept of bipolar disorder has been expanded since it became the new name for manic-depressive illness (see my book review for some background). I'm not saying that Catherine Zeta-Jones doesn't have bipolar II disorder, but it might be worth understanding what this diagnosis means.

The expansion in the concept of bipolar spectrum is not dissimilar to what happened to schizophrenia in the 1960s and 70s, particularly in USA, leading to the American Diagnostic and Statistical Manual in its third revision tightening up the definition, so that it was more reliably applied. People may find it helpful to put a label to their mental health problems, but I do have concerns that the diagnosis of bipolar spectrum has become so variable that its validity must be in question.

I've been dismissed as "postmodern" for this sort of questioning of the nosological basis of bipolar depression (see comments following another book review, also previous blog entry). What I am clear about is the need to avoid reification of psychiatric diagnosis. There's always a danger that we tend to assume that a diagnostic concept implies an entity of some kind. But a diagnosis is not a "thing". It's merely an abstract device which is useful for thinking about mental health issues.

I just have concerns that bipolar depression is not as useful as some people make out. And I don't think the argument can be dismissed that one of the reasons people have found the new concept useful is because of the development of so-called mood stabilising medication. There's even been a marketing ploy to develop medication specifically for bipolar depression (see previous blog entry).
Posted by DBDouble at 5:56 pm 4 comments:

Don't get too heated in the debate about psychiatry 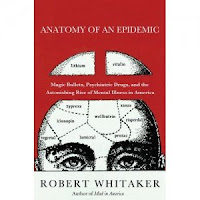 Two reviews in Psychiatric Services recommend reading Robert Whitaker's book Anatomy of an Epidemic even if it makes you angry and you want to dismiss him as an anti-psychiatric activist. It's apparently good to read biased, flawed books like this to be able to marshall a response to defend psychiatry. Let's please have this debate. It's not really dealing with the issues by just expressing disappointment that Whitaker blames biomedical psychiatry and suggesting he's illogical to connect the taking of medication with poor outcomes.

Actually, I think all he's asking for is a debate about how drugs increase the risk that people will become chronically ill (see previous post).
Posted by DBDouble at 10:09 am 2 comments: