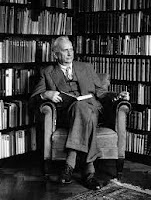 Thomas Fuchs (who I’ve mentioned before eg. see previous post) has a recent paper on 'Understanding as explaining: how motives can become causes'. The opposition of ‘understanding' and 'explaining', originally formulated by Wilhelm Dilthey and taken up by Karl Jaspers, distinguished hermeneutic understanding from scientific explanation in terms of causality. There is a sense in which we can’t prove in a natural scientific sense why we do what we do, although that doesn’t mean that we shouldn’t make an attempt to understand the reasons.
But neurobiological causes do not provide sufficient description of psychological experience. Fuchs argues that the concept of cause should not be narrowed down to the natural sciences. Why we do what we do requires personalistic not naturalistic understanding of motivations. The causal role of understandable connections is demonstrated in the concept of circularity from an embodied and enactive point of view (see previous post). Motivational explanation of human behaviour is as justified as looking for physiological explanations. In fact, more than that, neurophysiological explanations are unable to satisfactorily and sufficiently explain human action due to their lack of intentional contextual reference (see previous post).
Posted by DBDouble at 12:48 pm No comments: 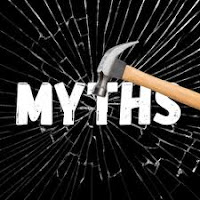 Department of Health and Social Care (DHSC) powerpoint presentation gives an overview of the draft Mental Health bill recently announced (see previous post). Alex Ruck Keene has prepared an unofficial update of the Mental Health Act based on the draft bill. I think it would be helpful if the reformed Act makes clear that if people are admitted to psychiatric hospital then admission should be truly informal whenever possible (see eg. previous post).

The Joint Committee on the Draft Mental Health Act Reform Bill has been established by the House of Lords and the House of Commons (see UK Parliament webpage). My understanding is that the Committee will be putting out a call for evidence. Their report is required by 16 December 2022.

Posted by DBDouble at 9:24 am No comments:

Debunking the serotonin theory of depression

Moncrieff et (2022) undertook a systematic umbrella review of the evidence for the serotonin theory of depression (see eg. previous post). Their conclusion that the main areas of serotonin research provide no consistent evidence of an association between serotonin and depression, and no support for the hypothesis that depression is caused by lowered serotonin activity or concentrations, has been taken up by the media (see eg. discussion between Joanna Moncrieff, the main author of the review, and Dr Ellie - see previous post - on This Morning TV programme).

Psychiatrists have been using the chemical imbalance theory as a means of persuading patients to take their medication. True, the role of psychiatry is to give hope to depressed people. But it is also to be honest with them about the cause of their problems and the appropriate treatment. It is understandable that patients who receive antidepressant treatment are readily persuaded that they are having appropriate therapy. The trouble is that doctors, too, may be deluded into believing that their prescribing is having specific antidepressant effects.

Patients are able to understand that the 'chemical imbalance theory' has only ever been a theory. What they find more difficult to appreciate is why they have been told that this theory has been proven, when this is clearly not the case. The doctor–patient relationship needs to become more open, so that doctors are not deceiving their patients about antidepressants. This has to start with doctors becoming more aware of their own bias.

Posted by DBDouble at 9:32 pm No comments:

As I mentioned in a previous post, the Office of the High Commissioner for Human Rights (OHCHR) has called for inputs to the draft Guidance on Mental Health, Human Rights and Legislation published by World Health Organisation (WHO) and OHCHR. The publication aims to be a resource for countries, when considering legislative measures to support the transformation of mental health systems in line with international human rights law. Mental health should be a global health priority and the rights of people with mental health problems need to be protected (see previous post).

Because it authorises coercion, mental health legislation can condone discrimination and the violation of basic human rights. As I’ve mentioned before (see eg. previous post), the Convention on the Rights of Persons with Disabilities (CRPD), adopted in 2006, calls for a significant paradigm shift within the mental health field. Coercion needs to be reduced in mental health services through making legislation compliant with CRPD (see previous post). There is also limited evidence for the effectiveness of coercion. Non-coercive practices may actually produce better outcomes.

Rates of involuntary hospitalisation and treatment continue to increase around the globe, particularly in high-income countries. This reflects a misguided reinstitutionalisation of services after the earlier rundown of the traditional asylums in the West (see previous post and my eletter). The UK government’s intention to reduce detentions and address racial disparities in its draft Mental Health bill is therefore welcome (see another previous post). However, pre-legislative scrutiny of the draft bill needs to consider whether the proposed changes go far enough (see yet another previous post).
The Committee on the Rights of Persons with Disabilities argues that CRPD precludes all forms of involuntary commitment to mental health facilities, including on the basis of dangerousness or need of care. Certainly mental illness or learning disability in themselves are not a reason for detention. It is the additional risk and need for hospital care that in my view may justify detention (although any separate risk criterion may well be superfluous - see eg. previous post). I do think that extension of the powers of coercion to community treatment orders (CTOs) has been a mistake. My position is that the aim of MHA reform should be to respect and secure the rights of people with mental and intellectual disabilities to progressively reduce compulsion in any necessary hospital treatment, with a view to evaluating whether coercion can be completely eliminated (see previous post).
I do not think the Committee is prepared to compromise on this issue but it does concern me that its intransigence may well be preventing pragmatic progress in reforming the Mental Health Act. Essentially the Committee want to abolish mental health law, whereas I want mental health legislation to become CRPD compliant, despite the resistance to doing so from mainstream psychiatry (see previous post).
Posted by DBDouble at 6:55 pm No comments:

I've mentioned that the UK government has published a draft Mental Health bill (see previous post). Opt out advocacy arrangements are proposed, which is a welcome development (see another previous post).

The draft bill imposes a duty on social services to ensure that providers of Independent Mental Health Advocates (IMHAs) arrange a visit and determine if inpatients want to use IMHA services. If a patient does want a service, presumably, the expectation is that the IMHA service will provide it. But as I have mentioned before (eg. see previous post), I do not think IMHAs were ever properly funded when they were first introduced by the 2007 Mental Health Act (MHA) amendments. There must be a question mark about whether there are sufficient resources to meet this requirement, although the impact assessment has calculated some figures. Still, it does require a commitment from government to provide additional resources which I think is still awaited.

I think the bill also should change the wording to “needs” IMHA services rather than “wants to use” them, so that people without capacity are accommodated. In general I find it a problem of the draft bill that there is apparently better protection for those with capacity rather than those lacking capacity, when it’s the latter group that’s more likely to need advocacy services and protection in general.

Anyway, pre-legislative scrutiny of the draft bill is likely to encourage a focus on commissioning of advocacy services. As I’ve said before (eg. see previous post), I’m keen on an integrated service of IMHAs, lawyers and experts being commissioned (with the latter two groups continuing to be paid via legal aid, although the amounts paid, I think, need to be increased as seems to be happening with the rest of legal aid eg. for criminal cases).

Posted by DBDouble at 8:47 pm No comments: