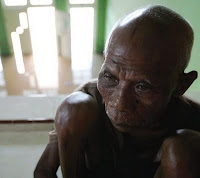 My previous entry implied that the 'Grand challenges in global mental health' initiative is a thinly veiled attempt to obtain funding from the Gates Foundation for mental health research. I'm not sure if this is right, as the Gates Foundation Global Health Strategy has "chosen not to focus on research in mental health, even though it is a serious health problem in developing countries, in part because of the very large contributions already being made by the U.S. National Institutes of Health, the pharmaceutical industry, and other funders".

Thought needs to be given to the conceptual foundation of any investment in intercultural mental health. 'Grand challenges in global mental health' tied itself to the academic concept of 'global mental health' linked to a past series of Lancet articles. However, there are problems with the validity of the knowledge base for this approach (see Derek Summerfield's BMJ article). The best book in the field of transcultural psychiatry (I prefer the term intercultural - see David Ingleby's chapter from my Critical psychiatry book) is Suman Fernando's Mental health, race and culture.
Posted by DBDouble at 11:19 am 2 comments:

How to get money for global mental health research

The Grand challenges in global mental health initiative reckons it has identified priorities for research in mental, neurological and substance-use (MNS) disorders (see Nature article). Similar initiatives in global health in general and in chronic non-communicable diseases have led to the commitment of significant new programmes of funding from the Bill and Melinda Gates Foundation amongst other research funders.

The term 'mental health' is seen as a convenient label for MNS disorders, excluding conditions with a vascular or infectious aetiology because these were covered by previous initiatives. This brain disorder bias seems to reflected in the identified priorities. Such priorities obviously also reflect the biases of the assembled international panel. They don't seem particularly interested in what people with mental health problems themselves in different parts of the world want.
Posted by DBDouble at 9:47 pm No comments: 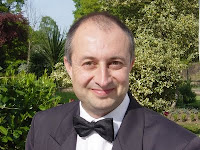 Letter from Sami Timimi in response to BMJ news article about drug companies pulling out of neuroscience research. I've mentioned in a previous post that I'm not sure if this is really the case. But if it is, as Sami points out, that's a good thing - we shouldn't be defensive about it. Psychiatry research has for too long been dependent on drug company sponsorship. The biomedical myth has been used as the justification for too much psychiatry research in general.
Posted by DBDouble at 11:35 pm 2 comments: 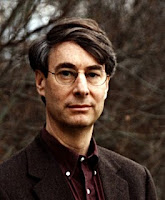 He concludes that "it is dangerous for the press to hammer away at the theme that antidepressants are placebos. They’re not. To give the impression that they are is to cause needless suffering." I guess that it's just too difficult to accept that antidepressants could "really be a hoax, a mistake or a concept gone wrong".
Posted by DBDouble at 7:47 am 3 comments: