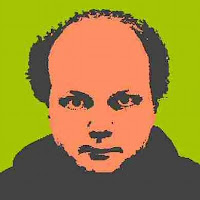 I also agree about the relevance of Laing (see previous post about Mad to be Normal film, which I also saw yesterday) and Basaglia (e.g. see another previous post), both for therapeutic communities and critical psychiatry. And, as was said yesterday at the conference by Jo Moncrieff, the 'elephant in the room' when talking about 'recovery' is that mental health problems tend to be seen as brain disease. Such objectification of people may make psychiatry part of the problem rather than necessarily the solution to their problems. Part of the motivation of Laing and Basaglia was to counter this trend.
Posted by DBDouble at 10:00 pm 2 comments:

An experiment in unstructured living for people with mental health problems

The film Mad to be normal was released yesterday. Almost my first post on this blog was about the plans for this film. As Bob Mullan explains (see iNews article), it has been a "long-gestating project". I first heard about it from him in 2006.

I haven't seen the film yet, but I thought it may be worth saying something about Kingsley Hall (see Guardian article), on which the film focuses. Kingsley Hall was the first of several therapeutic community households established by the Philadelphia Association, a charity founded in 1965 by R.D. Laing, David Cooper (although Cooper had nothing more to do with the project after it started) and others. (See extracts on Laing and Cooper from my book chapter 'Historical perspectives on anti-psychiatry'). Laing lived at Kingsley Hall for 18 months in 1965/6. It was an experiment in unstructured living and sought to allow psychotic people the space to explore their madness and internal chaos. It did not attempt to ‘cure’ but provided a place where "some may encounter selves long forgotten or distorted" (Morton Schatzman in Laing and anti-psychiatry).

The local community was mostly hostile to the project. Windows were regularly smashed, faeces pushed through the letter box and residents harassed at local shops. After five years, Kingsley Hall was largely trashed and uninhabitable. Even for Laing, Kingsley Hall was "not a roaring success" (Mullan, 1995). Laing’s dream of a place "without those features of psychiatric practice that seemed to belong to the sphere of social power and structure rather than to medical therapeutics" was only partially successful, even from his own perspective (Laing, 1985).

Kingsley Hall was designed to give people freedom from the social control of psychiatry. As I wrote in my chapter in Liberatory psychiatry, its association


with the counterculture of the 1960s and 1970s may have helped to propel anti-psychiatry into the limelight. It may also have contributed to its demise. Without this cultural support, anti-psychiatry seemed to lose its popular appeal. Also, some of its major proponents, such as Laing, were more obviously interested in personal authenticity than changing psychiatry practically. After Kingsley Hall, Laing went on retreat to Ceylon and India to pursue his interests in meditation, Buddhism and Hinduism. Later in life, Laing (1987) regarded his main achievement as being in the area of social phenomenology in philosophy, not psychiatry. Generally, anti-psychiatry is seen as having had no lasting influence on psychiatry and its practice (Tantam, 1991). For all its calls for liberation, these aspirations were largely sidelined into promoting personal and spiritual freedom with little interest in redeeming psychiatry itself. This diversion helped to allow mainstream psychiatry to marginalise anti-psychiatry’s influence.


I have always said that critical psychiatry has its origins in anti-psychiatry (see eg. my letter). The Philadelphia Association has survived over 50 years and still runs two community houses (see my book review of Testimony of experience). Critical psychiatry has sought to avoid the marginalisation that anti-psychiatry experienced and is looking for acceptance of its position from mainstream psychiatry. Even Laing probably ultimately sought the endorsement of the psychiatric profession as demonstrated by his wish to be professor of psychiatry in Glasgow towards the end of his life.
Posted by DBDouble at 7:40 pm 4 comments: