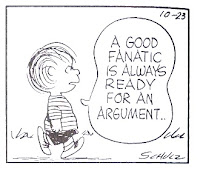 The real problem with Breivik and Hitler is their personality not mental illness as such. They represent the uglier side of human nature. It is important to recognise this rather than trying to distance ourselves from them by labelling them as insane.
Posted by DBDouble at 4:04 pm 5 comments:

I'm not an anti-psychiatrist, or am I? 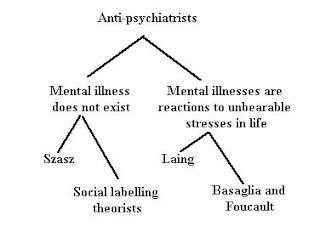 It irks me sometimes when I'm seen as an anti-psychiatrist, rather than a critical psychiatrist. After all, I make my living from being a psychiatrist. My critique of practice is merely intended to make it better. I'm not against psychiatry as such, just how it's put into effect sometimes.

I've been thinking why I'm viewed in this way. The critical psychiatry website that I set up years ago (before the Critical Psychiatry Network was formed) was originally called the anti-psychiatry website, but I changed the name because of the confusion it caused (see THES article). But I suppose there is a sense in which I am against what is happening in modern psychiatry. It's difficult to get the right balance about how oppositional to be.

The problem is the degree to which modern psychiatry is a faith believing that mental illness is a brain disease (see eg. previous post). If I'm not a believer then I guess there's a tendency to see me as an anti-psychiatrist. What needs to happen is for this situation to be made more transparent. Psychiatric practice should not be dependent on taking a step of faith.

By the way, a chapter of my edited book, Critical psychiatry, was on the history of anti-psychiatry. It is important to understand this context, but it's about time we moved on.
Posted by DBDouble at 6:02 pm 13 comments: 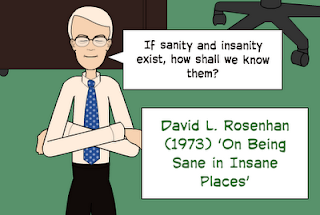 We need a different reaction to Rosenhan. Psychiatry need not have been so defensive about his experiment. Of course psychiatric diagnosis is arbitrary to some extent. Trying to put a patient's psychiatric presentation into a single word isn't going to be sufficient, nor is it always going to be very helpful. I'm not against trying to classify psychiatric disorders, but the limitations need to be recognised. They're idealised descriptions which do not describe entities as such. The extent to which psychiatric diagnosis is subjective is not a sign of scientific deficiency but of its meaningful nature.
Posted by DBDouble at 3:16 pm 3 comments:

Neuroscience needs to be more critical

Suparna Choudhury & Jan Slaby have published an edited collection entitled Critical neuroscience (see website). This is a response by a group, which began meeting in Berlin, to what they call the “neuromania in the natural and human sciences”. They describe the “shared sense of irritation about the hubris of neuroscience and the reverberations of ‘brain overclaim’ in areas of everyday life far beyond the lab”.

Such ‘brain overclaim’ is apparent in an editorial by Mary Phillips from the latest edition of the British Journal of Psychiatry. Although she acknowledges that there are limitations to neuroimaging studies in psychiatry, she holds out the hope that they will differentiate individuals with unipolar v. bipolar depression; identify those at future risk of developing psychiatric illness; and find those who are most likely to respond to a specific drug. She even suggests neuroimaging might be more accurate than clinical assessment.

At least Phillips has committed herself to outcomes that we can look back on and see that she has not achieved. But I doubt this will curb her wish-fullfilling phantasies. And why does the British Journal of Psychiatry publish such speculation, implying it could be fact? We need to admit, like Choudhury & Slaby, that neuroscience is misguided inasmuch as it seems that its aim is to solve the mind-body problem, which it won't do.
Posted by DBDouble at 10:50 pm 2 comments: