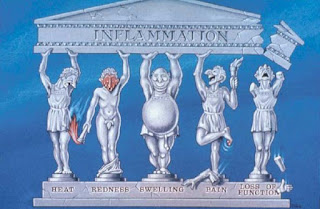 The market for depression has been flooded. The pharmaceutical companies themselves seem to have realised this years ago (see previous post). If people want medication treatment, let’s at least keep it cheap. We should be suspicious of any attempt to make further money out of medication treatment for depression. Marketing and commercial, rather than scientific and therapeutic, interests have always determined which drugs are prescribed.
Posted by DBDouble at 12:46 pm 1 comment:

The stigma of anti-psychiatry

Challenging the biomedical model is not anti-psychiatry

Lisa Cosgove and Jon Jureidini have responded (see article) to a Debate article in the Australian & New Zealand Journal of Psychiatry (ANZJP) criticising the Report, which I have mentioned previously (eg. see previous post), of the United Nations Special Rapporteur on the right to health, Dainius Pūras. This report has also been criticised by the European Psychiatric Association (see previous post). The World Psychiatric Association has also criticised an associated report of Dainius on corruption and the right to health, with a special focus on mental health (see another previous post).

The Debate article is entitled 'Responding to the UN Special Rapporteur’s anti-psychiatry bias'. What it means by 'anti-psychiatry' is challenging the biomedical model and, rather remarkably, it includes the British Psychological Society (BPS) in the global anti-psychiatry movement. The Division of Clinical Psychology within the BPS has produced a valuable position statement on giving up the disease model of mental disorder (see previous post).

The Debate article usefully highlights the right to access to mental health care but seems to limit this right to access to pharmaceuticals. As Lisa and Jon point out, the article mistakenly quotes from Dainius' report saying that it "views inpatient psychiatric care as ‘inconsistent with the principle of doing no harm'" [emphasis in original]. What Dainius actually said was "Overreliance on ... in-patient treatment is inconsistent with the principle of doing no harm, as well as with human rights" [my emphasis]. Furthermore, by quoting Fountoulakis and Möller (2011),  the Debate article seems to think that it has undermined the Kirsch meta-analysis of the effectiveness of antidepressants, which is not the case (see previous post). I don't know what evidence the Debate article is referring to that leads to its conclusion "that many psychiatric presentations are effectively and quickly treated with purely biological treatments".

I'm not sure where the apparent quote in the Debate article comes from about the "creeping devaluation of medicine in UK psychiatry ... [being] likened to ‘throwing the baby out with the bathwater’". As far as I know this isn't happening. In fact, although British psychiatry continues to marginalise critical psychiatry, the British Journal of Psychiatry did publish my editorial on 'Twenty years of the Critical Psychiatry Network'. Let's hope there might be more debate about critical psychiatry in Australia and New Zealand, as well as globally in general (eg. see previous post).