Doctors have too much power in the current Mental Health Act 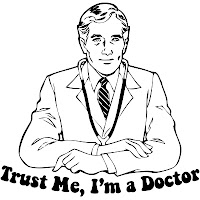 As I’ve been saying (see eg. previous post and my eletter), a new Mental Health Act (MHA) needs to go further than current government proposals for reform. In a chapter in a recent book, George Szmukler & Larry Gostin (2021) provide a helpful history of mental health legislation.
As they point out, the 1959 MHA was the first time judicial authorisation was not required for compulsory admission. The Act could be said to have promoted a ‘medicalism’ over ‘legalism', in that it introduced primarily medical rather than legal controls over detention and treatment procedures. Such an arrangement requires doctors to manage these responsibilities appropriately. The 1983 MHA, which Larry Gostin himself influenced through his campaigning as legal officer for Mind, provided more safeguards for the rights of detained people; in a way a kind of ‘new legalism’. The containment of 'risk' (see previous post), which motivated the 2007 amendments to the Act, again gave more power to doctors with the introduction of community treatment orders. The changes encouraged doctors to deploy compulsory powers to manage risk: a ‘new medicalism’.
Doctors in fact have too much power as detention and coercion are not always the most appropriate responses to the management of mental illness, including its risk. As Baroness Wootton pointed out in relation to the 1959 MHA, doctors have been laid open to "the exercise of powers which the public would regard as arbitrary in other connections” (quoted on p.72). There will be inevitable uncertainty about psychiatric diagnosis and treatment, and whether detention is appropriate and enforced treatment necessary. Mental health services’ ability to detain people and treat them against their will needs to be more open to scrutiny and control. The 1959/1983 Acts were reforming Acts in the context of deinstitutionalisation, when traditional asylums were being opened up and the rights of detained mentally ill people promoted, but there is now a focus on increasing security leading to reinstitutionalisation (see previous post). As the independent review chaired by Simon Wessely found, mentally ill people are not always being treated with dignity and respect (see eg. previous post). They need to be supported rather than necessarily have treatment imposed on them (see previous post).
To provide more balance to the authority of doctors, advocacy services need to be developed further, so that patients have a right to an independent opinion of their own choice on medical, nursing and social matters (see previous post). I think this should be a nationally managed service to include Independent Mental Health Advocates (IMHAs), mental health lawyers and independent experts (see another previous post). If necessary, any conflict between the Responsible Clinician (RC) and advocacy services, both on detention and treatment matters can be adjudicated by the Mental Health Tribunal, with the Tribunal having the power to require the RC to reconsider a specific treatment decision, as well as order discharge, leave, transfer or community services, either immediately or within a recommended time period.
The other main change that is needed is to prohibit any further admissions of patients detained under civil proceedings (Part II patients) to secure facilities (see previous post), as secure facilities are more suitable for people detained under criminal proceedings (Part III patients) as an alternative to prison. The government recognises that too many people with learning disability and autism are being detained inappropriately in secure facilities (see previous post), but the same also applies to those with serious mental illness.
Although the government does want to reduce coercion in mental health services, it does need to base this reform on the rights of people with mental health problems. There is evidence that it is actually watering down these principles (see previous post). It isn't just earlier and more frequent access to safeguards against detention and enforced treatment that are needed (see previous post), but a shift, hopefully led by doctors, towards more open and therapeutic treatment. Treatment should not be inhumane and abusive, as it can be currently (see another previous post), and doctors' decisions must be made in the best interests of patients.
Posted by DBDouble at 11:15 am No comments:

A new epistemology for psychiatry 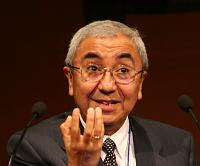 Germán Berrios and Ivana Marková have a chapter in Kirmayer et al’s (2017) book Re-visioning psychiatry on ‘Towards a new epistemology of psychiatry’. As they point out, biological psychiatry tends to be seen as true, only hindered in its progress by its financial under-resourcing (see previous post). Instead they suggest psychiatry needs better conceptualisations and methodologies to treat and research impaired mental functioning.

They emphasise the hybrid nature of psychiatry, in that not all mental symptoms can be explained as natural kinds but rather are incongruous "admixtures of organic/biological and sociocultural components". The combination of biological and semantic elements in the hybrid object means that the functional specificities of the brain signal are lost. In other words, "a simple and direct (cause-effect) relationship between the brain signal and the symptom" is precluded. The meaningful nature of mental symptoms cannot be located in the brain (see previous post).

Germán and Ivana distinguish between mental symptoms that have either primary or secondary brain inscriptions. In those with a primary inscription there is a relatively direct relationship between brain inscription and symptom; whereas in those with secondary inscription the meaningful nature of the symptom must be represented in the brain but no "alteration of brain activity is necessary or sufficient for this type of mental symptom formation because it can only occur in an intersubjective space".

As I have pointed out before (see eg. previous post), DSM-IV wrongly abolished the distinction between organic and functional mental illness. In a way, dividing mental symptoms into those with primary/secondary brain inscriptions reintroduces this distinction, although Germán and Ivana seem to want to suggest that the differentiation they are making is not the same. For example, they complain that the organic/nonorganic distinction is too rigid. However, functional does not mean non-organic (see previous post). Similarly, they seem to imply that psychotic depression, for example, has primary brain inscriptions, whereas it's not clear to me that it is an organic rather than functional disorder.

I totally agree that psychiatry needs a new epistemology and think that relational psychiatry provides just that. For example, Thomas Fuchs’ ecology of the brain (eg. see previous post), Sanneke de Haan’s enactive psychiatry (eg. see another previous post) and Laurence Kirmayer’s ecosocial psychiatry (see yet another previous post) all have the same epistemology. The history of psychiatry shows that psychiatry has been caught in an opposition between psychogenesis and organogenesis (see eg. previous post). The distinction between mental symptoms with primary or secondary brain inscriptions is fundamental and may actually not be that much different from the distinction made by Étienne-Jean Georget in the origins of modern psychiatry in the early eighteenth century between symptomatic diseases with organic causes and idiopathic disorders resulting from purely functional disruptions (see previous post). The problem is that the success of the anatomoclinical method in medicine has led to belittling its different implications for psychiatry. We need to give up trying to establish biological causes of mental illness as such (see eg. last post).

Posted by DBDouble at 6:47 pm No comments:

Limits to knowledge about mental illness 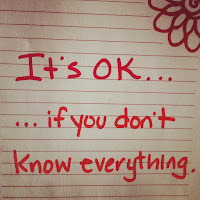 As I've said before (eg. see previous post), biomedical psychiatry makes unsubstantiated claims about the nature of primary mental illness by suggesting it can be understood, let alone explained, as a brain abnormality. It's natural to go beyond the evidence on topics to which we can't possibly know the answer. Even though it's absurd to make such an attempt to understand primary mental illness in physical terms, nonetheless it seems to make sense to us that we should be able to provide such understanding and explanation. We, therefore, embark on wish-fulfilling fantasies about biological causes, even believing they have been established when they have not. Neuroscientists know that biological causes of primary mental illness have not been found, but nonetheless speculate about the latest research findings which unexpectedly never turn out to be proven, as there are so many inconsistencies and confounders in the data.
The fundamental problem is that we cannot know in mechanical terms how life arises (see previous post). Organisms don't follow the same rules as physical objects and seem purposive. We can, therefore, only talk about the reasons for primary mental illness, not its empirical causes. It cannot be reduced to brain disease in principle (see previous post). Although mental illness is of course enabled by the brain, mental states have meaning, which the brain as an object lacks. However much we may hope that we can explain primary mental illness in physical terms, we can't. We need to learn to accept the limits of our knowledge and how this applies to mental illness.
Posted by DBDouble at 6:13 pm No comments: