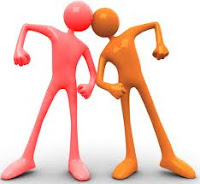 Let's not get too hung up about the statistics! What is significant is that Reid uses a discrepancy like this to try and undermine Kirsch's conclusion. The fact is that the effect size in antidepressant trials is much smaller than is commonly assumed. Not everyone responds to antidepressants even in the clinical trials. It is possible that the small effect size could be explained by expectancy effects introduced through unblinding (eg. see the article by Jo Moncrieff and myself).
Posted by DBDouble at 1:26 pm

Thanks for the reference, Dr Fountoulakis. But, as I said, "Let's not get too hung up by the statistics". Meta-analysis is not an exact science. Of course there are different results depending on which method is used. There's no one right method.

I don't think the placebo amplification hypothesis depends on an initial severity effect, which I've always been sceptical about anyway (see my BMJ eletter). I take it you don't believe that any statistically significant effect could be due to placebo amplification. If so, why not?