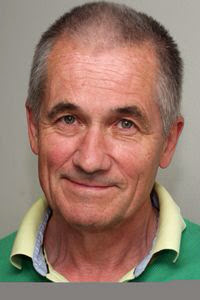 (With thanks to Olga Runciman)
Posted by DBDouble at 11:49 am

Remove Ketamine before it catches on too much to stop experiments on older people with depression by McShane and co.whose special interest is older age. They will need a lot more research fodder to promote their use of Ketamine to treat depression . who will be least able to refuse consent? depressed vulnerable and often frail older adults amongst others.

SORRY CRITICAL PSYCHIATRISTS, all of you are strong inspirations and crucial in my knowledge scaffolding, however, I disagree on BANNING ALL PSYCHOTROPIC DRUGS from the market(?), or, more precisely, from treatment and support. None gets neuroleptics freely over the counter in Germany, were I oiginally come from. It is DOCTORS and THEIR PROFESSIONAL ORGANISATIONS WHO CONSULT and HAVE PRESCRIPTION or GUIDELINE RECOMMENDATION POWER and THEY HAVE THE DUTY and DEONTOLOGY to INFORM THEIR patients and DO NO HARM.
FROM MY EYES ONLY, if I may: I wish to be able to buy my glass of wine, even whiskey, and I wish also some 'weed' freely available, I am talking MARKET here and STUFF with effects on the CNS and brain. MAY BE WE TALK ABOUT RESTRICTED ACCESS to psychotropic prescription drugs IN THE REGULATED FIELD OF MEDICAL TREATMENT AND PSYCHOSOCIAL SUPPORT? For some major transquilizers, they may be helpful for some people in some situations, I mean, if there is dialoguing and advocacy part of deciding to take them (NOT compliance or adherence of single patient vis a vis a whole body of professionals), and based on careful prescription, as well as supported withdrawal from minimum dosis. I support we empower all of the people who have to make decisions, give them choices and try-options, and have DOCTORS be accountable to Hippocrate's FIRST DO NO HARM. First the regulatory bodies and guideline makers must take into account the studies done by Harrow et al http://www.madinamerica.com/wp-content/uploads/2014/03/HarrowJobePsychMedMarch2014.pdf and Wunderlink et al http://www.ncbi.nlm.nih.gov/pubmed/23824214 and other inverstigative and comprehensive publications as by David Healy, Joanna Moncrieff, Peter Gotzsche and even investigative expert journalists as Robert Whitaker. None of these well informed authors is concluding that pharmacautical drugs ALL BE BANNED. Not even in the Open Dialogue Approach where they are a last ressort support to need adapted dialogical social meetings and other psychosocial support. Personally, I want every caution and total transparency about all the harmful effects of the neuroleptics. However, I also want the voices heard of those people with SMI who have found drugs helpful in times of shattering or terrors and who have the experience of being respected by the professionals in the treatment options. There is a lot to work for making recovery oriented support systems better. HONESTY about the dangerous effects of neuroleptics is one of them. However FORBIDDING the use of all substances wo act on the brain (psychotropic drugs) for me is definitively discriminatory and weak cause it prevents from the much more nuanced and multi-voiced decision-making procedures on OPTIONS embedded in respectful psychosocial support. MY VIEW AND RESPONSIBILITY ONLY.
Ute Maria Kraemer, long term psyco-traumata and hospital psychiatry survivor, self initiated withdrawn from neuroleptics, however drawing no generalizations from my altered states, experiences and choices for all with regards of availability and dosage and timing of taking or withdrawing from neuroleptic drugs, which are neither psycho-tropical (as to were is the psyche) nor anti-psychotics.

However, I have not reacted to Olga's proposal, which I support, that 'the data on whether psychotropic medication creates a vulnerability to relapse merits more debate that it receives.'

- Drugs chemical compounds act on types of receptors which are to be found in different circuits in the brain. Being agomists/antagonists to neurotransmittors or other substances in the brain, the compounds effects are not only dependent on the type of receptors they bind to, and not only on the dosage of the compounds, but they depend highly on the invividual brain/circuitry-organism-affect-mental state the person is in and has an individual tendency/possibility to react to, on a subjective, but also on an organism&brain-circuitery-feedback-specific level. I had always thought this dynamic complexity being the reason for neuro-psychiatric researchers and psychiatric doctors' expert-by-education+professional-experience being needed.

- As for any theoretical discussion, the ground braking Harrow et al 2012 paper provides neither, but this is not what this study set out and was successfull in doing. The 20 year longitudinal study with 139 people diagnozed with psychotic disorders demonstrates that long term medication with neuroleptics very clearly impeded recovery of people on medication vs unmedicated people in this sample. As a conclusion it may now be evidence based to state that neuroleptics are not anti-psychotics. http://www.mentalhealthexcellence.org/wp-content/uploads/2013/08/HarrowJobePsychMedMarch2014.pdf

- Some interesting papers, following a seminal publication in 1997, present PARTS of possible mechanisms, and I appreciate the relation to the hippocampal formation (and eventually amygdala and prefrontal interactions) cause this is relevant to memory, learning, appraisal (alert), and interference with mental focus or unusual salience of stimuli.

In their discussion paragraphs the authors point out to limitations to rat models (however, our meso-limbic-structures are not alien to rats', may I say) BUT ALSO TO BLUNTING or OVERRIDE effects induced by antipsychotic drug-induced change in rat-brain-models.

Dopamine System Dysregulation by the Hippocampus: Implications for the
Pathophysiology and Treatment of Schizophrenia
Neuropharmacology. Author manuscript; available in PMC Mar 1, 2013.
http://www.ncbi.nlm.nih.gov/pmc/articles/PMC3179528/

- Now there are many reasons why, apart from HARMFUL overmedication with neuroleptics and especially drug cocktails, and unnecessary high dosage long term treatment, I rather quote David Healy on the point of finding right timing and dosages and monitoring the patients and dialoguing with patients and close ones: it is impossible to know the effects of a neuroleptic given in sensible dosage as to interact, and not override, with the individuals super-alert neuronal-organismic functioning (as in terrorized states).

Scientifically, means through systematic observation, this is called U curve reaction depending on the history and the acute state of a brain-organism who finds itself challenged by neuroleptic compound interaction. In oversimplistic words: the same compund that makes one patient sleepy may drive another one into akathisia. And this is why I do not want ethically responsible doctor with expertise of treating many patients be replaced and overruled by single minded voices, be it from guidelines. This is not cause I would not like it more simple, no neuroleptic drugs never, would be fine for me.

This is cause I do not want to be a survivor, who could excape super-alert dissociative states without neuroleptic drugs, and now thinks therefore I have a voice for every one in hugely diverse psychotic states. Neither have I the knowledge. But I still await most psychiatrists to have it and share it using holistic up-to-date-knowledge (not just pharma propaganda) and HONESTY.

Continued from above, sorry, adapted to edit restraints.

IN MY VIEW, ALL THESE STUDIES (mentioned above) DO NOT REPLACE COMMON SENSE NEITHER ECOSOCIAL COMPLEX INTERACTIONS. If somebody is in an over-alert terror-condition, one still has a full personality with senses, body, heart etc. In my view, the holistic approaches would gain a lot, if we gathered knowledged on how to use music, log fire or else combined with respect and true interest for the person who is in terrible agony to physiologically 'calm' down and wait out the override-alert in the meso-limbic-neocortex interactions' to run down. Cause my hypothesis is that may be there are helpful common sense supports which interact with body, heart, mind and brain. And I think that Carina Hakannson with the healing families appraoch is one of the humanist pioneers I understand to offer the kind of healing support and 'ecosystem' needed.

The historical failure to address body-organism and mind (moral sense, etc) of people in terror-super-alert conditions in supportive ways is what disgraces psychiatry in my view. Also I do not see 'regression' acceptance as in Soteria as a good support, cause it misses the mind, spirit, respect of a person! not a pseudo-baby. This is why I rather refer to the work of the Hearing Voices Movement or NAD Open Dialogue in social networks, cause they create holistic safe social spaces... and Carina and therapy team and the families even integrate what a functioning familiy provides and animals. This is never reducable to body-organism-cns-brain but it helps through balancing them within the whole person.

I am intrigued that the historical Quaker communities seem still to be the best practice providers... I think a lot about how the complex interactions in the Quakers community life have supported agitated or terrorized people (with circuitry override in brains and bodies, but every one in love or at Xmas day has these, no panic on the side of the organism) ... and, the reader may smile, even taking into account brain circuitry, but by influencing the living person interacting with real people and feelings, ideas, ambiant surroundings, and not by putting her out of business via chemical straightjacket.

Apologies for the partitioning of my reflections concerning the matter of how to use neuroleptic drugs without causing unnecessary harms. I wrote these with respect of the minority of users/survivors who keep telling me they find neuroleptics helpful and of the credible psychiatrists who told me that some patients, by far not all diagnosed with psychoses, had found relief in using neuroleptic drugs.

However, I welcome being challenged in case I ignore important new developments which would make use of neuroleptics unnecessary for all people in severe mental disturbance and dissociation.

Also, the Healing Homes intiative founded by Carina Hakansson proves it can be done. However, I doubt that we find enough families to welcome all severely psychotic people without no drugs as family members.

In the meantime, suggestions and especially criticism of my views are very much appreciated.

@Ute Maria Kraemer I don't see that neither Gøtzsche nor Critical Psychiatry would advocate for a ban on all psych drugs per se. It's the way these drugs are prescribed/used in conventional psychiatry that's at the core of their criticism. And unless this way changes, I wholeheartedly agree with Gøtzsche that humanity would be better served, if these drugs were banned.

...and of course it should have read either - or, not neither - nor, above.