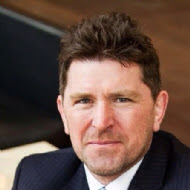 Framing the model of drug action as drug-centred rather than disease-centred is primarily a critique of the biomedical model (eg. see my book review). It emphasises the non-specific effects of medication. I suspect that Taylor still thinks psychiatric medications correct a chemical abnormality in the brain. In that sense, he is not drug-centred, even disease-centred. What he means is that he doesn't accept simplistic hypotheses of biochemical imbalance. All well and good, but the critique of the biomedical model is more fundamental. There may be no difference between the chemical processes underlying mental illness and our "normal" behaviour.
Posted by DBDouble at 9:20 pm

I thought Prof David Taylor was in the pay of big pharma, as in he receives payments as a consultant or key opinion leader by pharmaceutical companies. Please do correct me if I'm wrong? He may have seen the error of his ways, and the conflicts of interest, and cut the ties, making do on just his academic monies and generous pay from SLaM.

Mr Taylor's links with drug companies means, to my way of thinking, that he is compromised in what he says regarding the prescribing of psychotropic drugs. Despite his many titles before and after his name. Let him keep taking the handouts for he may have a habit to feed. As in, to bolster up his self esteem because he isn't able or qualified to write prescriptions.

Who knows the reason why some men, who appear to have a modicum of intelligence, have hidden their consciences behind the KOL name and kept on scapegoating the people for whom the drugs don't work, to silence the pain of life. I think that Taylor knows fine well that the biomedical model of mental illness is unproven (or pants). But the cash helps him in blinding the obvious.