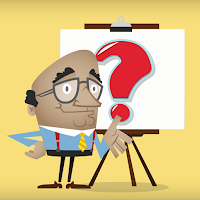 The recent Lancet study, which was reported in the media as ending the debate about the effectiveness of antidepressants, has ironically led to more discussion about their effectiveness (see previous post) and a welcome focus on the nature of discontinuation problems (see another post). It has also led to a definitive summary in a BMJ editorial of the evidence for short-term treatment (less than 8 weeks).

To quote from the editorial:-


Importantly, these findings [the Lancet study] do not support the widespread calls in the popular press for more people to take antidepressants because the meta-analysis and underlying trials do not examine who or how many people should be treated.

And, despite the hope of the Lancet article, the BMJ editorial concludes:-


[T]he way many of the results were reported does not allow clinicians to extract clinically meaningful take home messages to inform conversations with patients.


This is partly because the Lancet study used odds ratios rather than risk ratios. It did not provide evidence about the proportion of people that improved on placebo. The typical placebo response in other literature is 30-40%. Using the average odds ratio from the Lancet study means about 10-12% more people in the treatment group would benefit compared to placebo. So, roughly 8-10 people would need to be treated for one of them to benefit compared to placebo.

Patients need to know that roughly 40% of people in antidepressant trials improve with placebo and 50% in the treatment arm. As the BMJ editorial says:-


Knowing that roughly 80% of patients who get better did not improve because of the antidepressant underlines the importance of starting with low doses, systematically re-evaluating the need for treatment after a response is achieved, and not accepting any enduring adverse effects.

I would also add that it’s important to realise that a good proportion of people are not helped even in the clinical trials.

The BMJ editorial, therefore, usefully highlights the limited clinical scope of the Lancet study. We need at least to also focus on potential harms and long-term treatment. And, we need to ask whether the small statistically significant difference in clinical trials between active and placebo treatment could be an artefact due to placebo amplification (eg. see previous post).
Posted by DBDouble at 11:09 am

Duncan's brief piece nails most of the issues apparent a month after Cipriani et al published their February 21st Paper.

But, at that time, it was not clear why they had claimed (to the BBC) that it was 'the final answer to...whether antidepressants work'. Most people seem to have assumed it was because of its being 'the biggest ever'. With hindsight, this seems unlikely, because no meta-analysis specialist would claim 'none will ever be bigger' in any area of research where new trials keep being published.

Carmine Pariante's fuller February 21st statement gives (I believe) the true answer: 'Importantly, the paper analyses unpublished data held by pharmaceutical companies, and shows that the funding of studies by these companies does not influence the result, thus confirming that the clinical usefulness of these drugs is not affected by pharma-sponsored spin.'

Cipriani et al were falsely claiming that the Cochrane review supported their use of so-called 'funnel plots' to rule out 'pharma-sponsored spin'. The claim, in a wider sense, was to have refuted Irving Kirsch and Peter Gotsche.

I had spotted that early on, and published it in a 'Rapid Response' to the BMJ's news item: https://www.bmj.com/content/360/bmj.k847/rr-3

On March 15th I complained to the RCPsych about this, and several other 'false, misleading and irresponsible' statements of Pariante's: drnmblog.wordpress.com/2018/03/27/

On 5th April Cipriani et al span a retreat from 'the final answer' to 'antidepressants might work' in the more obscure Lancet Psychiatry. I wrote to them four days later: www.drnmblog.wordpress.com/2018/04/09/request-and-questions-to-oxford-researchers-dr-andrea-cipriani-arcpsych

In other words, in plain English, ALL so-called "psych drugs" are LESS SAFE, LESS EFFECTIVE, and LESS NECESSARY, that the pseudoscience lies of the drug racket and means of social control known as "psychiatry" would have you believe. Modern psychiatry is nothing more than 21st Century Phrenology, with potent neuro-toxins, and PhRMA is laughing all the way to the bank.
(c)2018, Tom Clancy, Jr., *NON-fiction