The three periods of modern psychiatry 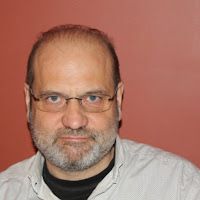 Yorgos Dimitriadis in a paper in History of Psychiatry points out that:-


Pinel was probably the first person to consider mental alienation to be a disease in the sense of organic diseases, a disorder of the intellectual functions, that is, of the superior functions of the nervous system (see previous post). ... Pinel’s principles were adopted by his successors, Esquirol and Georget. ... Georget pointed out the distinction between symptomatic diseases, which stem from a known organic cause, and idiopathic disorders, the precise origin of which is unknown, but which evidently result from purely functional  disruptions and correspond to insanity in the strict sense.

He goes on, “According to Georget, in the case of insanity, the problem is entirely in the brain, which thus becomes the ‘diseased organ’.” It is true that, “Pinel and Esquirol [thought that] passions had their effects on the brain via the viscera” and that “[i]n contrast, according to Georget, the causes of both the passions and insanity should be sought in the brain”.

The period paradigm of ‘mental diseases’ for Lanteri-Laura spanned from 1854 to 1926. “After Bayle’s (1822) anatomopathological work on general paralysis, the need for a characteristic lesion became necessary for the classification of diseases.” As no microscopic lesions could be found apart from general paralysis:-


This led to the development of a concept of dynamic, as opposed to anatomical, lesion. For example, this was described by Moreau de Tours (see Jeannerod, 1996: 153) in the  following  terms: ‘of a material and molecular lesion, however elusive  .  .  .  as can be for example the changes that occur in the inner structure of a rope moved in a vibratory motion’.

Detailed description of the various mental diseases, such as Falret’s ‘circular insanity’, became the “normative types representative of this period. ... Griesinger (1865), the father of German psychiatry ... was the origin of ideas later developed by Blondel, Jaspers and Guiraud.” Furthermore;-


In France, during this period, Morel (see Bercherie, 1980: 93) developed his ‘degeneration’ theory, which is more of a synthetic attempt than an analytical one. Morel was among the first to emphasize how organic factors, for example progressive heredity throughout successive generations, might interact with harmful experiences during infancy.


Towards the end of the nineteenth century, there was a further attempt to separate neurology and psychiatry, which began with Charcot’s work on hysteria and was taken up by Bernheim and Freud. “During the same period ... Kraepelin, influenced by the theory of degeneration, took an organic view of mental illness.”

The period paradigm of ‘psychopathological structures’ discussed by Lanteri-Laura included the challenge to the notion of specific mental disease by the epidemic of lethargic encephalitis that spread throughout Europe between 1917 and 1925. Furthermore,

Alongside this, however, the 1920s saw the development of more ‘dynamic’  theories under the influence of the Gestalt  theory and of structuralism, and especially Gelb and Goldstein’s (Goldstein, 1983) neurological globalism (which rejected localizing conceptions and argued that the nervous system should be regarded im Ganzheit, ie. in its totality).

Focus on psychopathological elements led to, for example, Paul Guiraud  (1950), who


maintained  that  the disorders causing mental diseases were fundamentally disorders of the primordial psychic activity, that is, of the global psychical experience (éprouvé psychique global), the psychological aspect of the organic vital functions, mainly diencephalic in origin (see Follin, 1993).

I’m very grateful to Yorgos Dimitriadis for making this history summary available in English. What’s of interest to me is how it leaves out significant people which I have said figure in the history of critical psychiatry, viz. Ernst von Feuchtersleben, Adolf Meyer and George Engel (see my editorial).
Posted by DBDouble at 3:07 pm