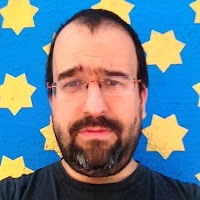 Cristea & Naudet (2018) conducted a content analysis of citations of Leucht et al (2012) (see previous post), a paper which concluded that psychiatric drugs are no less efficacious than other drugs. They found that identified records were overwhelmingly uncritical of the original paper and suggested it was being used to support the myth that the trivial effects of mental health drugs are to be expected and therefore accepted.

Such uncritical thinking continues when claims continue to be made that there is no doubt about the effectiveness of antidepressants. For example, Tony Kendrick (@tony_kendrick) tweets that doctors can reassure patients that antidepressants are not simply placebos. But the editorial linked to that tweet is not open-minded enough about the data (see last post). People seem to be on the look out for evidence that counters the claim that antidepressants have little or no effect (see previous post). I’m not saying that antidepressants have been proven to be placebos. But in the same way that doctors have misled patients that the chemical imbalance theory of depression has been proven, I’m afraid we have to live with the uncertainty about whether and how antidepressants “work” (see another previous post).

As I keep saying (eg. see previous post), the reality is that the difference between active and placebo treatment in short-term trials of antidepressants is small. This small difference could be an artefact because of bias in the trial methodology, particularly unblinding. Even in the clinical trials not everyone is helped by antidepressants. They don’t always give the easy and simple answer people may have been misled to expect, particularly over the longer term (see another previous post).