Getting the right position on antidepressants 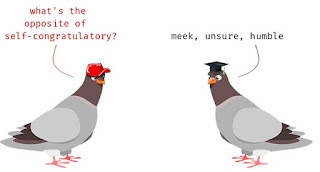 The Royal College of Psychiatrists (RCPsych) has been widely praised (eg. by the Council for Evidence-based Psychiatry (CEP) - see press release) for its call for NICE to update its guideline on antidepressant withdrawal (see RCPsych press release). This new statement follows a complaint made to RCPsych - which was wrongly dismissed without, as far as I know, any apology - about a claim, made by its President and Psychopharmacology Committee Chair, that discontinuation problems on stopping antidepressants resolve within two weeks for the vast majority of patients (see previous post).

Instead RCPsych now accepts that “there should be greater recognition of the potential in some people for severe and long-lasting withdrawal symptoms on and after stopping antidepressants”. This is a welcome development and I don’t want to seem negative about it. But I do have concerns overall about the recently released RCPsych position statement on antidepressants and depression.

For example, as far as discontinuation problems are concerned, the statement says “withdrawal symptoms ... are often mild and self-limiting”. I’m not sure this is right. They can be mild and self-limiting, but I’m not convinced they are often so. Nor do I find anywhere in the statement a proposal for research to establish the reason for these problems. This is particularly pertinent because, as the statement points out, there is a lack of evidence that antidepressants are physically addictive.

More generally, the statement overestimates the value of antidepressant treatment. For example, it makes several statements about how long people need to stay on antidepressants, without any references to support this advice. It also makes too much of what it calls the "partial understanding" of how antidepressants work, even assuming that they do work! Although it may indicate we need to move on from the chemical imbalance theory of depression (eg. see previous post), it still seems enamoured of biological theories of antidepressant action, such as neural plasticity. There's no way the RCPsych could consider that the placebo amplification hypothesis to explain trial data could possibly be valid, even though Cipriani et al (2018) (authors it praises) only say antidepressants "might work" (see previous post).

Rhiannon Lucy Cosslett in a Guardian article asks why it took so long for psychiatrists to listen to patients about antidepressant discontinuation problems. The answer is that they tend to focus on short-term fixes, they tend not to be psychologically-minded and they can be too quick to peddle medication (see my book chapter). RCPsych has got a long way to go to deal with these tendencies within its ranks.
Posted by DBDouble at 12:41 pm