Integrating critical psychiatry into the mainstream 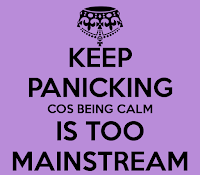 Although the Critical Psychiatry Network was formed over twenty years ago (see my editorial), critical psychiatry remains marginal to mainstream practice. This may be because of its association with so-called anti-psychiatry (eg. see previous post).

Critical psychiatry’s challenge to the ‘disease model’ of mental illness is legitimate (eg. see previous post and my Lancet Psychiatry letter). As I've pointed out in this blog before (eg. see previous post), its point of view has actually always been present historically and philosophically since the origins of modern psychiatry. It is not just a new fad, and grapples with the same conceptual issues that were present with the origin of modern psychiatry. It's always been a minority perspective.

For example, present day psychiatry tends to see itself as ‘biopsychosocial’ (eg. see previous post). It is not only concerned with biological but also psychological and social aspects of disease. Anthony Clare articulated this perspective as the outcome of the anti-psychiatry debate (eg. see previous post). He encouraged the avoidance of doctrinaire devotion to ideology in psychiatry. This ill-defined basis for practice may create theoretical inconsistency, such as viewing more minor psychological disorder as psychosocial, whereas more severe mental illness is identified as biological in origin. It may also lead to the combination of psychotherapy and biological treatments without any systematic theory to support such a strategy ( see my book chapter).

Nassir Ghaemi is critical of such eclecticism, although he incorrectly blames George Engel and Adolf Meyer for this situation (see my review of Ghaemi's book and responses). Both Engel and Meyer had an integrated mind-brain understanding, as does critical psychiatry. Engel’s biopsychosocial model promoted a holistic psychiatry and, like critical psychiatry, is a challenge to biomedical dogmatism (see eg. previous post). True, Meyer’s embracing of the uncertainty of psychiatric practice led to him being prepared to compromise with opposing opinions. He failed to challenge biomedical excesses, complaining that the research evidence was lacking (see another previous post and my article). But Meyer’s Psychobiology, which dominated American psychiatry in the first half of the twentieth century, is a legitimate theoretical framework for the more recent critical psychiatry movement.

The fundamental issue of the relation of mind and body creates the context for conceptual conflict in psychiatry. The first to apply a mechanistic approach to life was René Descartes (1596-1650) (see previous post). Animate and inanimate matter were understood by the same mechanistic principles. Animals are therefore machines; and human physiology is also mechanistic. Descartes stopped short, though, of including the human mind in this mechanistic framework. The soul was denied any influence in physiology. Descartes, thereby, avoided the materialistic implication that man himself is a machine. The split he created between mind and brain is referred to as Cartesianism. However, living beings, including humans, have a purposiveness that cannot be derived from mere physical-chemical processes. Organic life needs to be distinguished from the inorganic, not the soul from the body. Despite Descartes, the soul and body are not separate but integrated in the organism. Critical psychiatry takes an organismic, rather than mechanistic, perspective in the life and human sciences and is not Cartesian.

In the second half of the eighteenth century, reacting against Cartesianism, anthropology established itself as an independent discipline, concerned with the study of man as a psychophysical individual. In this context, medical psychology had its origin with two major variants of anthropological thinking (Verwey, 1985). A medically-orientated anthropology represented by Ernst Platner, among others, was one version. The other was Immanuel Kant’s pragmatic anthropology. Kant, like critical psychiatry, was clear that it is futile to expect to be able to understand and explain life in terms of merely mechanical principles of nature (Zumbach, 1984).

In the same year, 1845, that saw the publication in German of the book that gave Wilhelm Griesinger his reputation in psychiatry, Ernst von Feuchtersleben produced his psychiatric textbook based on Kantian principles (see previous post). Griesinger was dedicated to the idea of the pathology and therapy of mental diseases as a mechanical natural science, although he remained aware of the gap between this ideal and reality. Nonetheless he set the trend for this positivist biomedical understanding that has dominated psychiatry since the middle of the nineteenth century. Such a positivist reduction of mental illness to brain disease is what causes such concern for critical psychiatry. Feuchtersleben, by contrast, like critical psychiatry, recognised that the mind-brain problem is an enigma that can never be solved. He has been called a ‘forgotten psychiatrist’, but should be remembered as creating a framework for critical psychiatry based on Kant’s philosophy.

Critical psychiatry has foundations that go back to the origin of modern psychiatry. It is integral to its history and it is, therefore, a mistake for psychiatry to marginalise it from the mainstream. Critical psychiatry can be understood as a truly biopsychosocial, neo-Meyerian approach to psychiatry based on Kant’s critical philosophy.
Posted by DBDouble at 8:54 pm

"Such a positivist reduction of mental illness to brain disease is what causes such concern for critical psychiatry."

Reducing mental illness to brain disease is indeed unsupported bullshit. The fact that refutes it most clearly is that psychiatric diagnosis are of a functional and behavioral nature. Therefore it cannot be disputed that psychiatry is behavioral in nature.

To claim that mental illness are brain diseases, we should have a clear set of evidence that links causally, and not correlatively, mental illness to brain processes. This is clearly not the case.

Therefore, as a rationalist, the claim "mental illness is a brain disease" clearly is bullshit of an extravagant nature. With dire moral consequences.

"Feuchtersleben, by contrast, like critical psychiatry, recognised that the mind-brain problem is an enigma that can never be solved."

That the mind-brain problem is an enigma, or rather enigmatic, is a fact.

That it cannot in principle be solved is also bullshit. Of a less extravagant nature, and with less dire moral consequences.

I guess people in general, like you F68.10, find it difficult to accept that the mind-brain problem cannot be solved. But isn’t that why we’re in this mess?

We're in this mess because everyone conflates everything. It's not because there's no evidence that the mind/body cannot be solved that we should pretend that it has been solved and jump on every semi-cooked explanation available out there on the cognitive market.